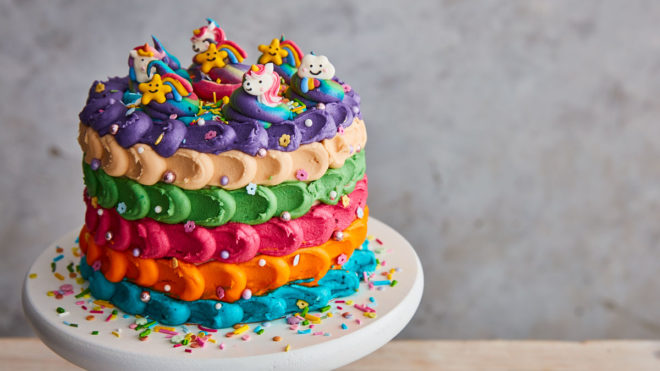 Kitsch, carnival and simply fabulous – it’s our version of the Ultimate Rainbow Cake! We’ve used our favourite sprinkles and decorations, feel free to switch these up and use yours. 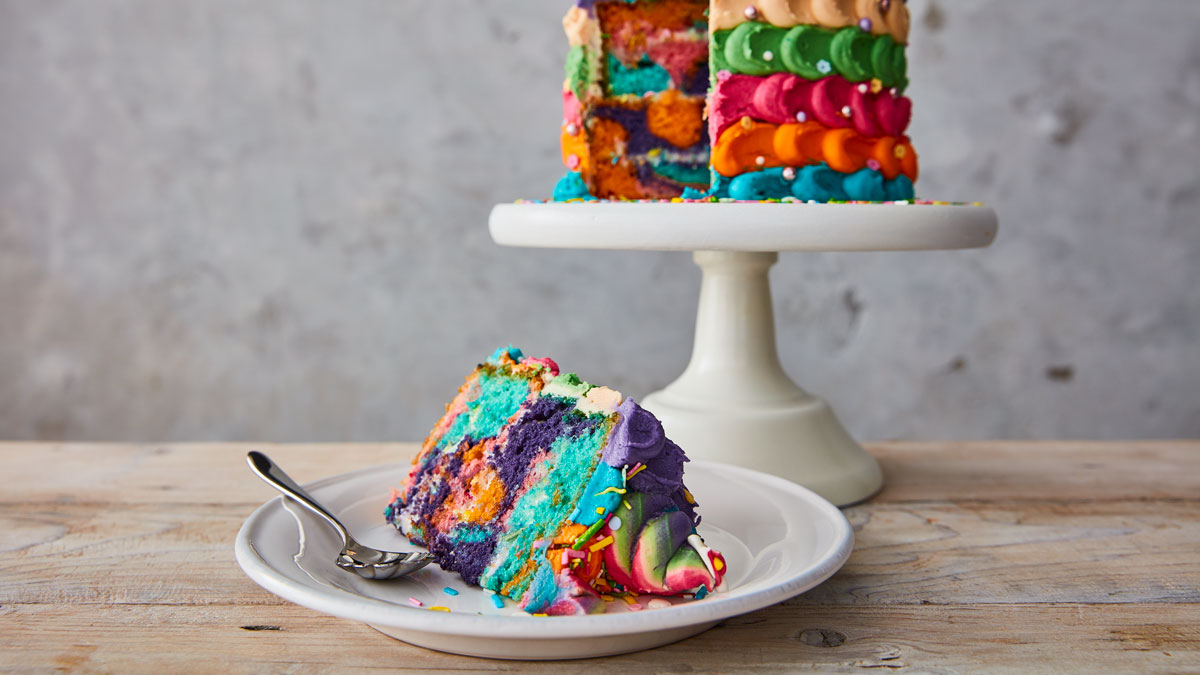 Chefs tip: To create rainbow swirls on top of the cake, lay out a sheet of cling film and pipe long stripes of each coloured buttercream on top. Carefully roll up the cling film into a sausage, twisting the ends as you go. Snip one end off and squeeze directly into a piping bag fitted with a round nozzle.