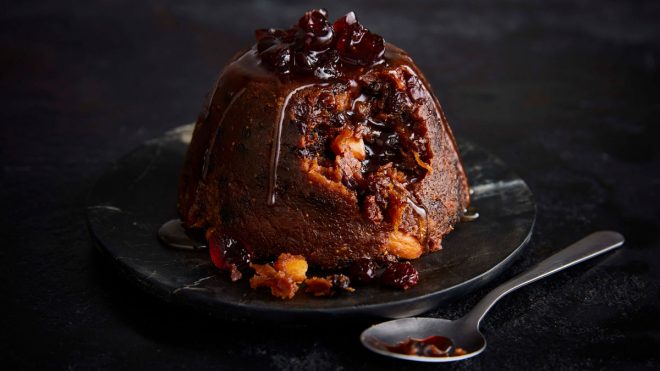 A delightful twist on an otherwise traditional recipe for your stir-up Sunday Christmas pudding.

24 hours in advance: add all of the dried fruit to a bowl and pour over the amaretto. Tighlty cover and leave to steep for at least 24hrs, or up to 1 week.

Chefs tip
You can use a bag of mixed dried fruit if you don’t want to buy each of them separately, you’ll need 800g.

Make a string handle over the basin so you can easily remove the pudding once cooked. 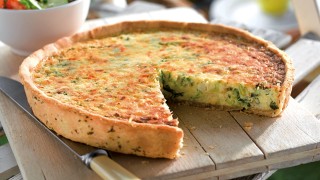 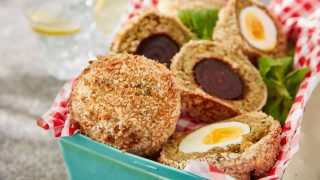 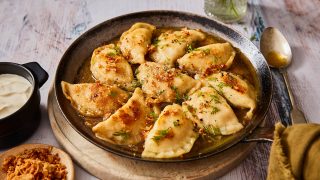