This recipe for scotch eggs was created collectively by the Booths distribution team who are based at Bluebell Way in Preston and are made up of loaders, drivers, supervisors and managers. It was a huge hit in our office so we just had to share it with you.

1 Gently cook the onion in the oil until soft, but not coloured, then remove from the heat.

2 Place the sausage meat in a bowl and add the onion to it. Mix thoroughly.This is best done with your hands.

3 Fold the black pudding through the sausage mix, trying not to break it up, then season with salt and pepper.

4 Divide the mix into four equal portions and allow to rest in the fridge for 1 hour.

5 Place the eggs in boiling water for 5 minutes, remove and then cool in iced water for 2 minutes and peel.

6 Gently wrap each egg in a portion of the sausage and black pudding mix to form neat spheres.

Instead of black pudding why not try white pudding which provides a creamier flavour? 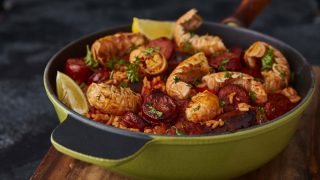 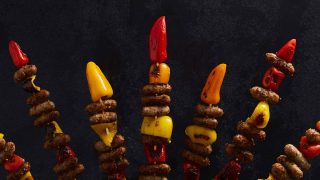 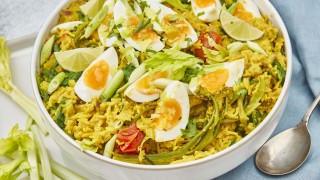