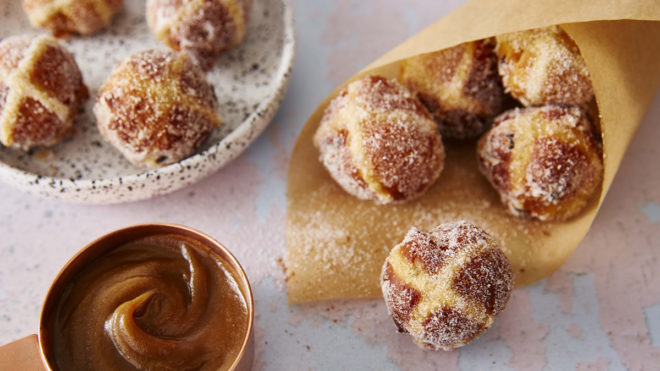 1 Mix the bread flour, sugar, salt, cinnamon, mixed spice and yeast in a mixing bowl that attaches to a mixer with a dough hook. Place the yeast and salt on opposite sides.

2 Put the mixer on a slow speed. Gradually add the warmed milk and eggs. Mix for a further 5 minutes.

3 Gradually add the butter. Then increase the speed until the dough is a smooth sticky consistency.

4 Add the apricots and currants, mix until evenly distributed.

5 Tip the smooth dough into a clean oiled bowl and cover with cling film. Leave to prove at room temperature for at least two hours or leave overnight in the fridge for a better doughnut texture.

6 Mix the cross topping ingredients together until smooth. Spoon into a piping bag. Set to one side.

7 Lightly dust your work area and tip out the dough and knead again. Evenly divide the dough into 18-20 balls and place on to a lined, floured baking tray. Cover with cling film and leave for at least one hour.

8 Once increased in size, pipe a cross onto each ball with the  batter mix.

9 Mix together the castor sugar and cinnamon, set aside.

11 Place three balls  at a time into the oil and fry for 4 minutes, until cooked through to the middle. Continuously turn the doughnuts in the oil for even colouring.

12 Remove from the oil and tumble in the sugar coating and cinnamon mix. Serve with the dipping sauce. 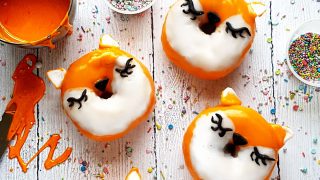 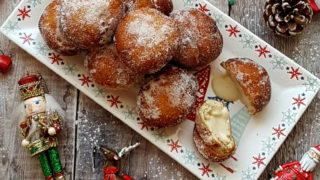