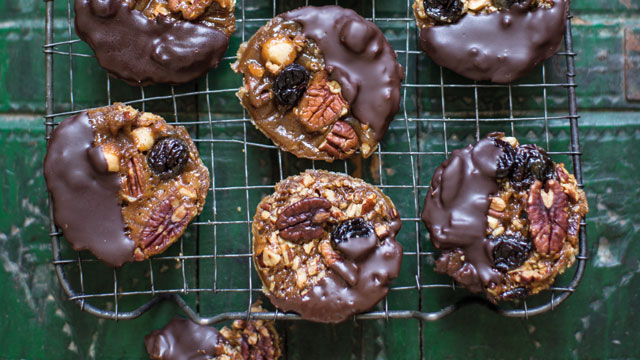 1 Spread the pecans and hazelnuts out on a baking tray and roast in the oven for about 6-8 minutes, until they’re toasted and fragrant.

2 Blend half of them in a food processor until roughly chopped. Keep the other half whole and set aside.

1 Heat the butter, sugar, spices and syrup in a saucepan and stir over a medium heat until all the ingredients have melted together.

2 Take the pan off the heat and stir in the flour.

3 Get two flat baking trays and line them with greaseproof baking paper.

4 Pour half the melted mixture into the middle of each tray, and using a palette knife, spread it out so it’s even to about 2mm thickness. Leave a thumb-width border around the edge because the mixture will spread in the oven.

5 Put both trays in the oven and cook for 5 minutes.

6 Take them out and scatter with the ground nuts and sour cherries, then put the trays back in the oven for 10-15 minutes, until the mixture is a deeper colour and bubbling.

7 Let the mixture cool, but for no longer than 5 minutes. Using a cookie cutter, and working in from the edge, cut rounds of Florentines.

8 Put them on a wire rack as you go. Work quickly because the mixture will cool and become brittle and difficult to cut. If that happens, put the tray back in the oven for a couple of minutes to soften up. Once you’ve cut them out, chill the Florentines in the fridge.

1 Get a medium saucepan and glass bowl that will sit in the saucepan but not touch the bottom.

2 Add some water to the pan and bring to simmering point.

3 Break the dark chocolate into pieces, put them in the bowl over the saucepan of water and let it all melt slowly.

5 Rest the Florentines on a wire rack for 20 minutes, then put them in the fridge until the chocolate has set and gone from glossy to matt. 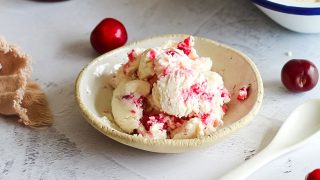 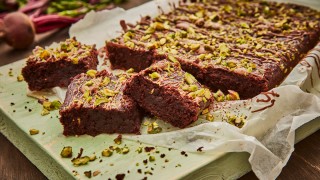 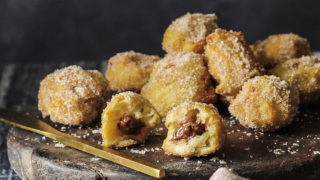