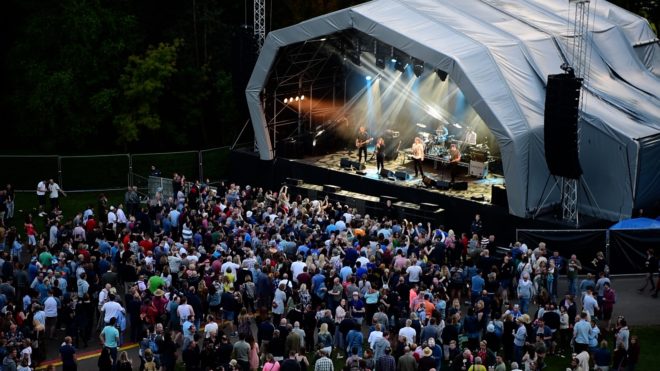 Booths have partnered with Highest Point Festival and will be sponsoring the Gin & Disco Bar at the festival in Williamson Park, Lancaster which is taking place on Friday 17th– Sunday 19th May.

Booths will be providing a range of specially selected gins to be served at the Gin & Disco bar, which will be hosting artists such as Greg Wilson, Hifi Sean and Get Down Edits over the weekend.

John Gill, Head of Marketing and Trading at Booths said “’We’re really looking forward to being part of Highest Point Festival this year. We have a really fantastic range of gins, many of which are locally produced and the festival gives us the perfect platform to showcase some of our talented, local suppliers that create artisan, craft gin on our doorstep.’’

Jamie Scahill, Co-Founder of Highest Point added: “We are really excited to be working with Booths to showcase their range of Gins at Gin & Disco. The stage is the first stage people enter so it’s the perfect introduction to the festival. The DJs we have playing there all weekend will really set the scene for the festival and they are the perfect accompaniment to a G&T in the sunshine.”

Other artists on the Highest Point line up include Sister Sledge, Grandmaster Flash, The Zutons, James Zabiela, Alabama 3 and many more.

For your chance to win 4 tickets for the Friday and Saturday of Highest Point Festival, as well as £100 of drink tokens for the Gin & Disco bar, please fill out the form below.