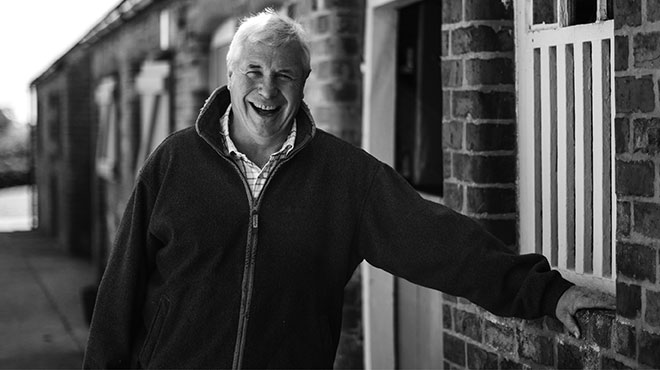 Venison is a traditional centrepiece for New Year feasts. But there’s one tradition our venison farmer turns on its head to make it extra special.

‘Meat is usually hung for a week or two to mature,’ says Nigel Sampson who, with his wife Miranda, supplies us venison and wild boar from Holme Farm in North Yorkshire. ‘But we find that the quality of our venison is so much better if we don’t hang it. It’s still full of flavour, but it also stays lovely and moist.’

To lock in that moisture, Nigel recommends sealing the outside of the meat first, then roasting in the oven. ‘For the perfect, juicy venison roast, don’t cook it for too long, wrap it in foil (shiny side in) and let it rest for the same amount of time again,’ he says. This Christmas, you can choose from a French-trimmed rack, or a boneless haunch venison joint. Serve with béarnaise, cranberry or juniper sauce to bring out the meat’s intense flavour.

Nigel also sources our wild boar haunch joints. ‘It’s like a rare-breed pork but with a red meat colour and a more intense, gamey flavour.’ He recommends cooking the meat slowly to keep it moist and bring out its natural sweetness.