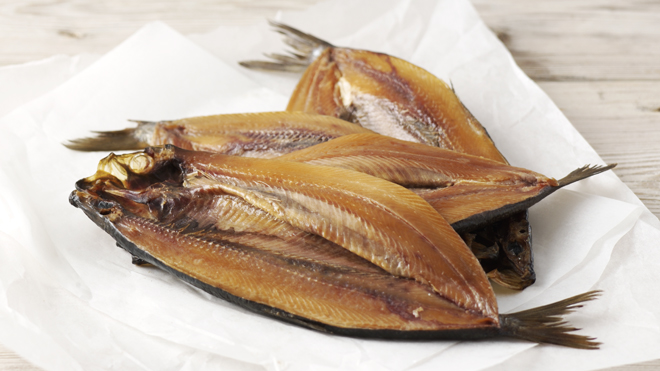 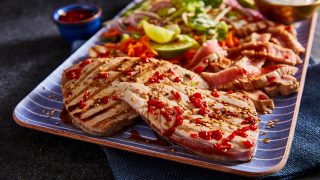 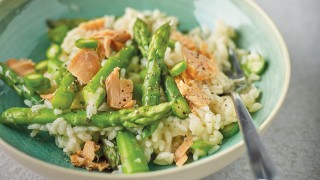 It’s said that you’d no sooner leave the Isle of Man without kippers than leave Blackpool without a stick of rock, but at home it can be harder to find the real thing. Tina Canipa’s father worked for Manx kipper-curers Devereau’s from the age of 13 and bought the company in the 1970s. The family now supplies us with real Manx kippers, cured and kiln-smoked in the traditional way, but as Tina says, there are many imposters out there. “A lot of kippers in the UK are not properly smoked, they’re injected with smoke flavour and they have colours added, “ she says. These rather fishy diversions mean that despite Devereau’s success (every herring they can smoke is in demand) there’s a chance that we could forget what a true kipper should taste like.

The Isle of Man has a long tradition of fishing and kippering. Herring, originally caught in home waters but now from further afield, are split from head to tail, gutted, brined and then cold smoked in kilns. Our suppliers, Devereau’s, has a long history, having been established in 1884 and later bought by employee Peter Canipa. In his 70s, he still fishes (the family run a couple of island fishmongers’ shops), and his children, including Tina Canipa, stick closely to the old ways. “We’ve kept to the same curing method for years and years,” says Tina. “You get a nice sized herring, not one of these massive ones, with a good oil content. The fish we get are absolutely perfect, usually from the same guys, and then we put them through the splitting machine, which probably dates from the 1950s. They’d be smoked for three to four hours, and each batch will be different depending on the size of the fish and the oil content. It takes years to get the knowledge. I couldn’t just go in and do it.”

The finished kippers are a deep bronze colour, with a gently insistent, rich flavour edged with salt and smoke. “It’s a lovely smoky taste – not too strong, but you can taste that it’s been properly smoked,” says Tina. Her father eats them straight from the smokehouse, but Tina warms hers through in the microwave, to keep them moist. She also has a tip for those keen to avoid bones. “You need to know how to eat a kipper,” she says. “If you pull it by the tail once it’s cooked, most of the bones come out.”