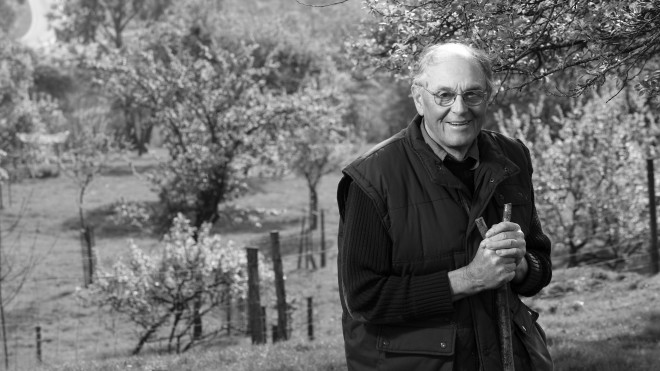 For a little fruit, Lyth Valley Damsons have had a dramatic recent history. They were in huge demand for jam during and after World War II, and the blossom of a good crop would turn the valley white. Then, says Hartley Trotter, who has 150 trees in his damson orchard, a price crash sent the crop into decline. “They cut the price and farms were left with fruit picked and nobody wanting to take it away,” he says. “The damson nearly died a death. The Westmorland Damson Association was started in the 1990s to try to resurrect not only the fruit but the visual impact that the blossom has in the valley during the spring. People were forgetting about them, but there’s always been the demand for the older generation for a bit of jam, and it’s developed again from there.” During the season members of the WDA will supply us with the fresh fruit, which is small and dark purple, with greenish flesh and a tart edge, perfect for making gin and puddings.

Particular to the Lyth Valley and part of the rhythms of life in Cumbria, damsons have traditionally brought visitors to the valley to pick fruit or see the stunning display of white blossom. Also known as Westmorland, Witherslack and Kendal damsons, they were once a source of significant supplementary income for the area’s farms. Hartley Trotter is the third generation to look after the family damson orchard and, alongside other members of the local growers’ association, which will supply us in season, is keen to perpetuate the crop. “I planted 30 new trees last year, but a lot of us are between 70 and 80, and whether the young ones will want to carry on I wouldn’t know,” he says.

What distinguishes a Lyth Valley damson? “They’re quite small, about half an inch long, bigger than a grape but oval shaped, and purple with greenish flesh. We reckon we have the best flavour, in that it’s a slightly nutty, almondy flavour, but we’re prejudiced. They’re nearly 80% stone and when you make damson jam, it’s best to make it with the stone in.” Hartley and his wife differ over the best way to eat them. “They’re lovely in a pie and make good jam,” he says. “I’m not a big eater of fresh damsons. I can pick all day and never eat one, but my wife can pick two and eat three. She likes the flavour. They have just a little bit of a tartness with them.”